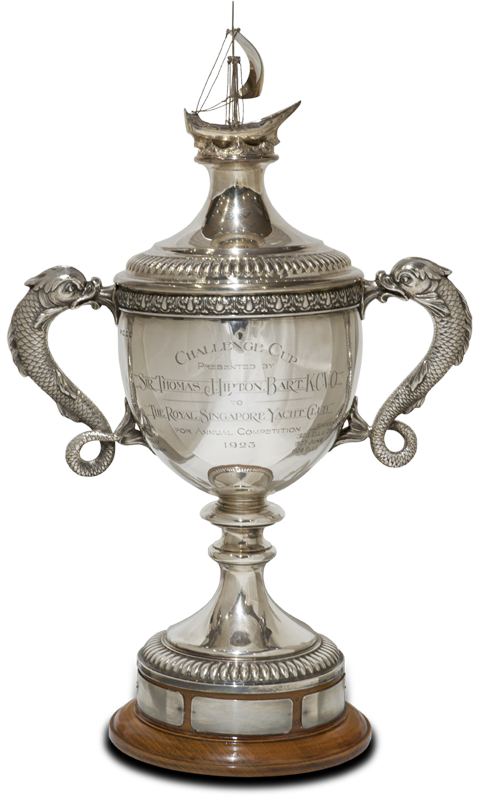 View our list of trophies
accomplished over the years

In 1923, the RSYC gained its most precious treasure when Sir Thomas Lipton gave the Club the Lipton Challenge Cup, a magnificent silver trophy. Today, the Lipton Cup is given pride of place at the Singapore Sports Museum.

Sir Thomas Lipton (1850–1931) was born in Glasgow, Scotland, although his parents were from Ulster, in Northern Ireland. Early in life, he made a fortune in the grocery business and developed his famous Lipton Tea. He put his fortune to good use by supporting charities, and was knighted by Queen Victoria in 1898. Sir Thomas Lipton became an international celebrity, and a friend of Queen Victoria’s son, King Edward VII.

Besides being a tea merchant and a philanthropist, Sir Thomas Lipton was also an avid yachtsman. He joined the prestigious Royal Ulster Yacht Club and entered several yachts, each named Shamrock, in the America’s Cup, and earned a reputation as a great sportsman – proof, perhaps, that what makes a sportsman truly great is his ability to lose gracefully. He donated trophies to yacht clubs in various countries, including the United States and New Zealand.

“A letter was read from Sir Thomas Lipton to Mr Blake offering a cup to the Club and. Mr Knowles and Mr Carver were asked to draft a suitable reply."

Sir Thomas Lipton donated the Lipton Challenge Cup to the RSYC sometime in 1923. This cup is mentioned briefly in the RSYC Minutes of 10 April 1923: “A letter was read from Sir Thomas Lipton to Mr Blake offering a cup to the Club and. Mr Knowles and Mr Carver were asked to draft a suitable reply."

The Cup must have arrived at some point during 1923, because the minutes in 1924 state: “A letter was read from Sir Thomas Lipton to WM Blake thanking him for an account of the races in which ‘Polly’ won the Lipton Challenge Cup in 1923.“

The Polly belonged to WM Blake.

For those who would like to read more about Sir Thomas Lipton, there is an excellent illustrated biography titled The King’s Grocer: The Life of Sir Thomas Lipton by Bob Crampsey. It is published by the Glasgow City libraries in Scotland. The book may be purchased by mail order from the Mitchell Library in Glasgow. The Mitchell Library can be contacted by email at: info@teaworld.org

On an appropriately stormy evening on 17 June 2000, just after our Patron, President of the Republic of Singapore (1993-99), Mr Ong Teng Cheong, officially declared the RSYC's new Clubhouse and Marina open, the National Heritage Board Plaque was unveiled, commemorating and acknowledging the RSYC's pedigree as Singapore's oldest Club.

The plaque, which is now taken back by National Heritage Board, reads:

RSYC traces its origins to 1826 with William Montgomerie as President. In the 1800s, the Singapore Yacht Club's Commodore, W.H. Read promoted sailing regattas in Singapore. In 1920, the Club opened its Tanjong Pagar Clubhouse. It became the Royal Singapore Yacht Club in 1922 under the patronage of the Prince of Wales. Other royal patrons included King George VI and Queen Elizabeth II.

In 1967, it was renamed the Republic of Singapore Yacht Club under the patronage of the first President of Singapore, Yusof bin Ishak. The fifth President of Singapore, Ong Teng Cheong became Patron in 1997. Since 1923, RSYC has hosted the prestigious Lipton Cup. During the Japanese Occupation, the RSYC yachts were used by British personnel to escape. The RSYC celebrated its 174th anniversary in the year 2000, at 52 West Coast Ferry Road.

We were given a second plaque by National Heritage Board in 2016, which is now located at the front entrance of the Club, reads:

This Club was founded in 1826 as the Singapore Yacht Club. It organised rowing races for its members as well as locals. To improve Singapore's navigational safety, the club also charted sea routes and sponsored competitions to produce better commercial craft. It was renamed "Royal Singapore Yacht Club" in 1922 when the Prince of Wales became its patron and assumed its current name in 1967, under the patronage of Singapore's first President, Mr Yusof bin Ishak. In 1966, the club moved from Trafalgar Street to Sungei Pandan and in 1999, to this site. It continues to conduct yachting and sailing activities, among other recreational activities. 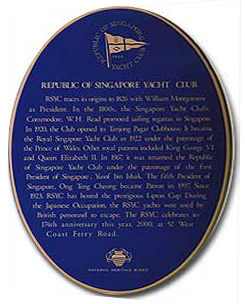 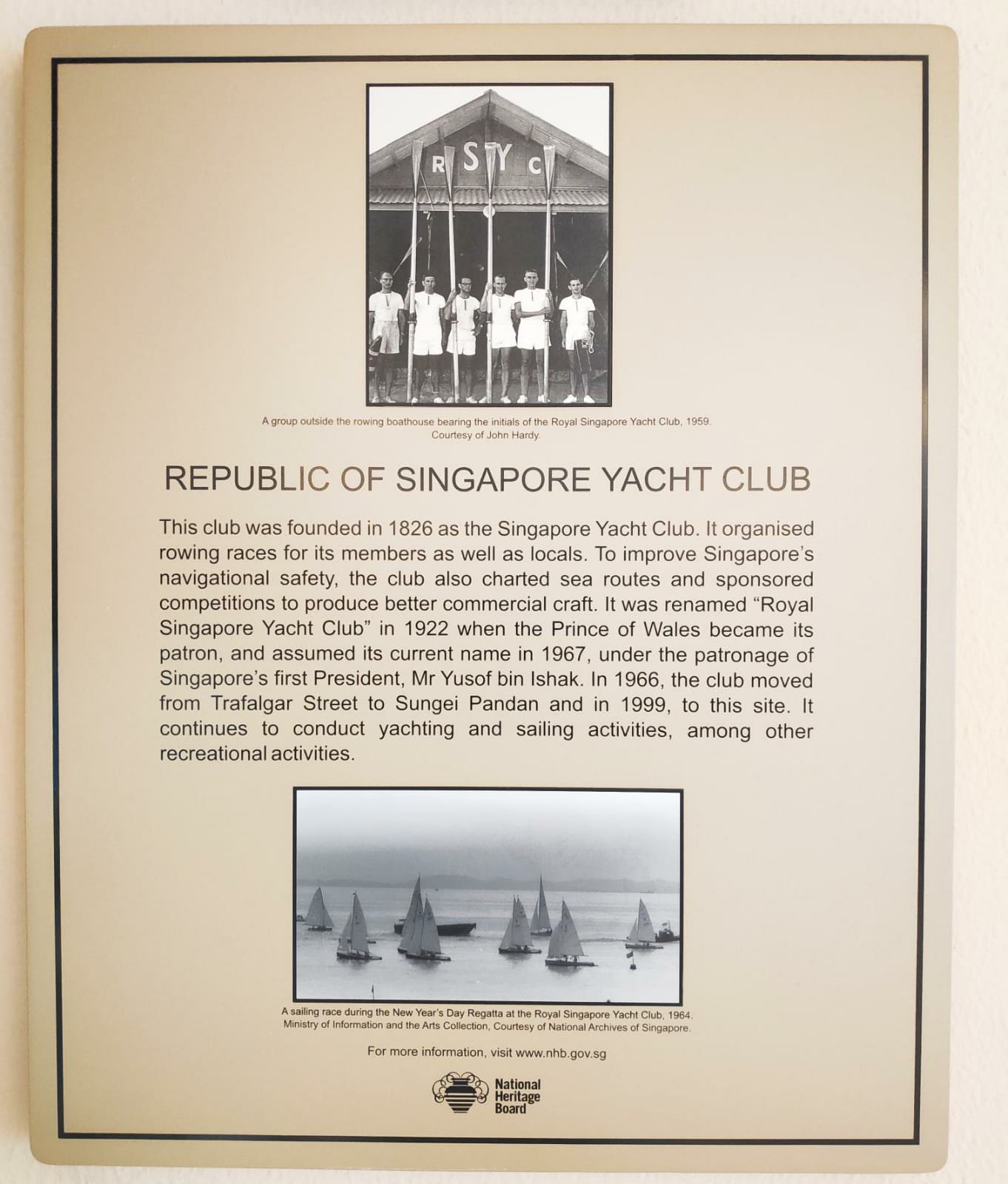 Please fill in the details of your banqueting enquiry in the form below and we will contact you as soon as possible. Thank you.
If you require more information, please contact the Banquet Department at 6768 9485 / 9182 8157 or email to banquet@rsyc.org.sg

Please fill this for and we'll get back to you as soon as possible!

Please fill in this and we'll get back to you as soon as possible!

Family membership - Spouse only at S$250

Reciprocal rights to over 100 clubs around the world