RSYC members today take pride in the Club’s distinguished heritage, which goes back to Singapore’s early days as a British colony. The Lipton Cup, a trophy donated to the RSYC in 1923 by the legendary yachtsman and tea merchant, Sir Thomas Lipton, aptly symbolizes the Club’s legacy. By joining the Club, the current members have followed in the wake of the many socially and politically prominent personalities who were Singapore’s yachtsmen in the past.

Descended from the Singapore Yacht Club, RSYC’s most prominent member in the 1800s was W.H. Read, a Scottish merchant who served as commodore for many years. Read was also the president of The Tanglin Club and a founder of what is now the Singapore Turf Club. In 1843, Read rode the winner in Singapore’s first formal horse race.

Read was a close friend of one of the Royal Navy’s most famous officers, Admiral of the Fleet the Honorable Sir Henry Keppel, whose name is immortalized by Keppel Harbour. When Keppel came to Singapore to fight pirates in 1843, he “umpired” a Singapore regatta organized by Read. Thanks largely to Read, the Singapore sailing regattas became a local tradition, regularly drawing large crowds to the shore to watch the race near what is now the heart of Singapore’s financial district.

On 1 July 1919, a group of sailing enthusiasts including W.F. Nutt, OBE, V.D. Knowles, and W.M. Blake met at the Singapore Cricket Club to revive the Singapore Yacht Club. The meeting was a success, and the revived Club turned its attention to the construction of a new seaside clubhouse at Trafalgar Street in Tanjong Pagar. In 1922, the Club was host to the Prince of Wales, later King Edward VIII, who agreed to become the Club’s first Royal Patron. The Club thus became the Royal Singapore Yacht Club, or RSYC. 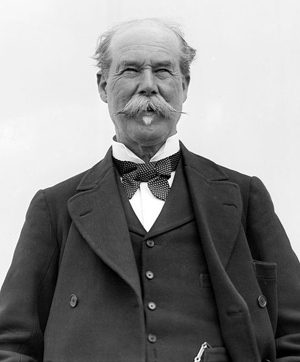 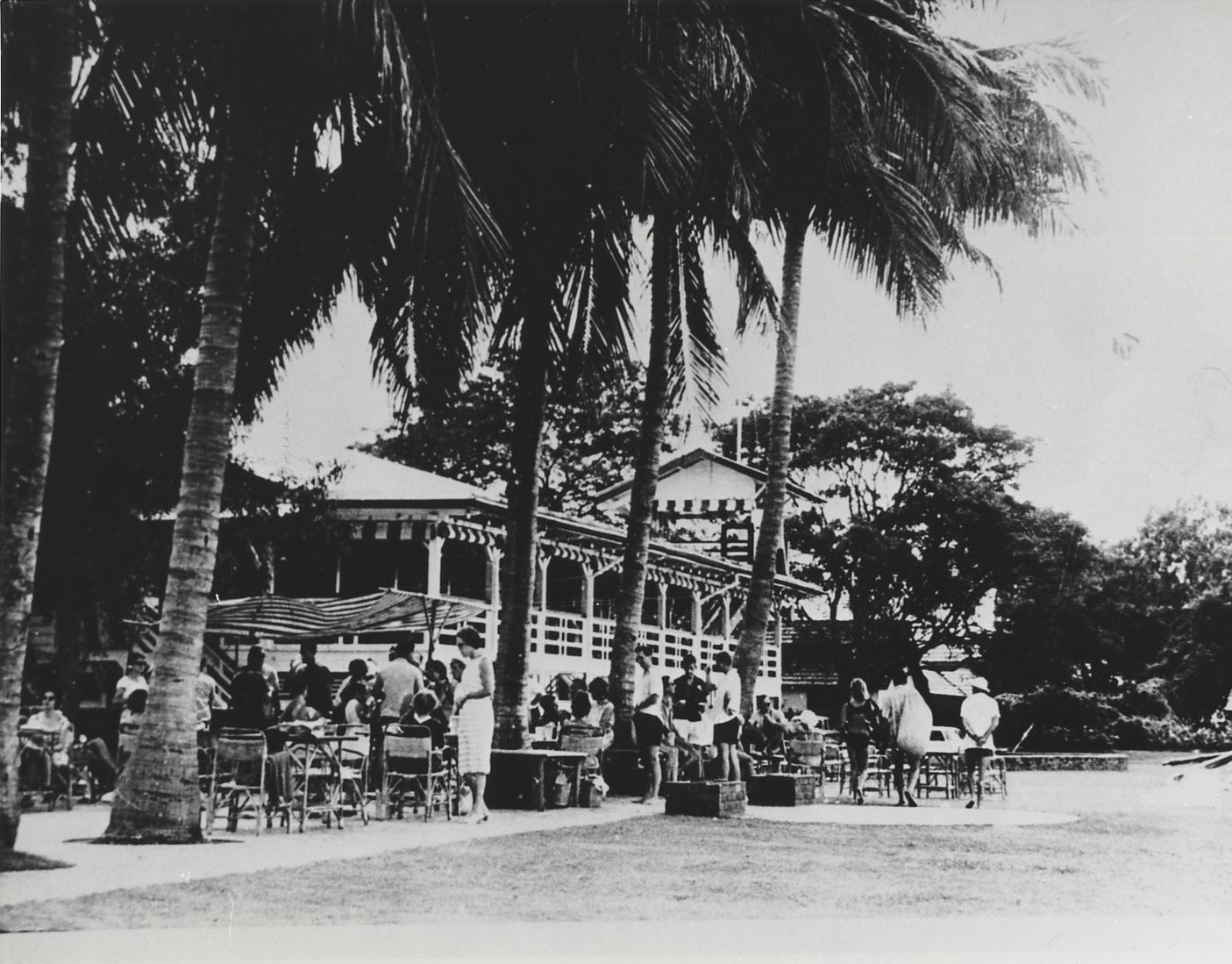 The Club’s first commodore under its new name was Sir Laurence Guillemard, Governor of the Straits Settlements. In later years, King George VI and Queen Elizabeth II were each patrons of the RSYC. In addition to Guillemard, two other British governors, Sir Hugh Clifford and Sir William Goode, also served as commodores of the RSYC.

During the Japanese Occupation of Singapore in 1942, the Japanese detained RSYC’s then commodore E.G. “Ned” Holiday in Changi Prison, and then sent him to the “Thai-Burma Death Railway”, to do forced labor on the infamous bridge over the River Kwai. Commodore Holiday survived and returned to Singapore, where he served several terms as commodore of the RSYC.

After the war, the Trafalgar Street clubhouse was repaired and reopened. Thanks to the efforts of Henry Worham, many of the Club’s precious trophies were saved from the Japanese and returned to the Club. The Club’s fleet revived rapidly, and soon featured several classes of boats, including skiffs, dinghies, and Dragon Class yachts. Sailing races were held every Sunday.

In 1956, RSYC members represented Singapore in sailing events in the Olympic Games in Melbourne, where Ned Holiday sailed a Dragon Class yacht in the games, while Jack Snowden sailed a Finn Class yacht. Jack Snowden, who later became the commodore of the RSYC and the first president of the Singapore Yachting Association (SYA), actively promoted the involvement of Singaporeans in sea sports. 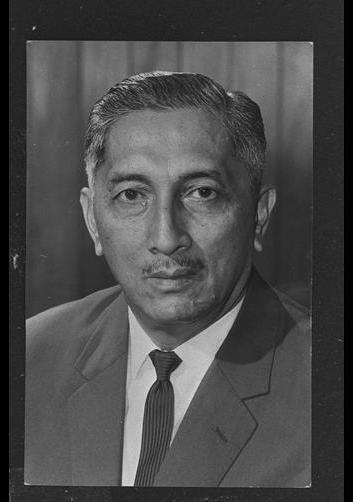 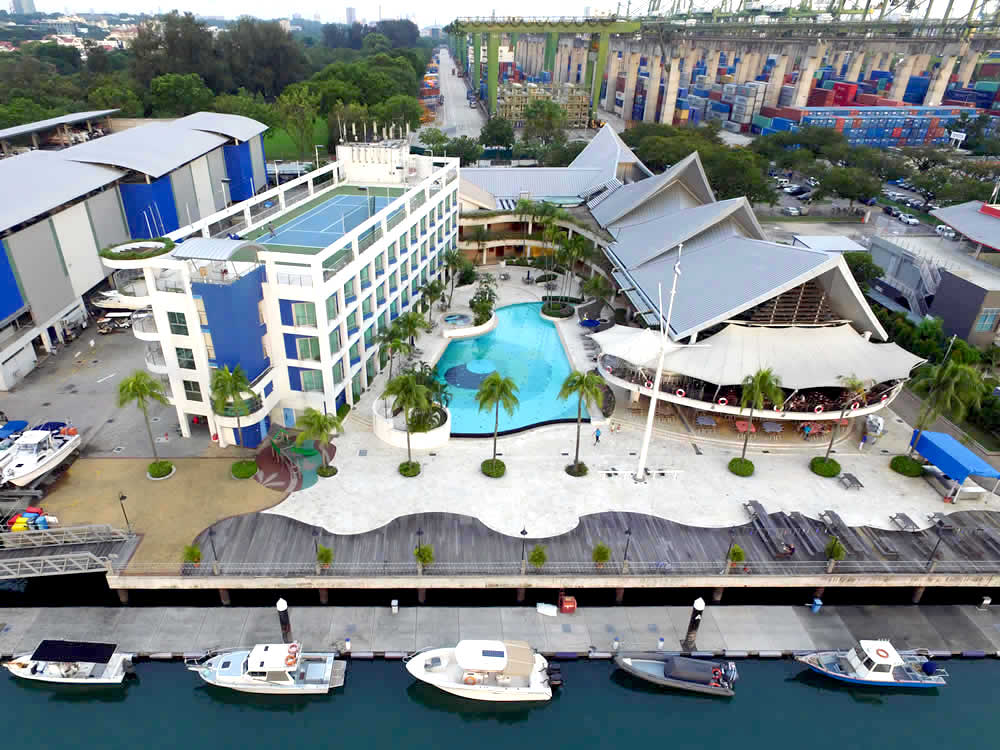 In 1965, the RSYC had to leave its Trafalgar Street clubhouse to make way for the new PSA container terminal. The Club reclaimed five acres of mangrove swamp along the Sungei Pandan and built a new clubhouse with the help of the British Army. Meanwhile, Singapore became a Republic in August 1965, and the RSYC adapted itself to the new political situation. President Yusof bin Ishak graciously accepted the Club’s invitation to attend the official opening of the new clubhouse on 8 October 1966. In January 1967, the RSYC changed the “Royal” in its name to “Republic.” In the same year, President Yusof bin Ishak honored the RSYC by becoming the Club’s first Singaporean Patron.

Over the years, the RSYC completed its evolution from an expatriate club to a Singaporean social institution. The Club elected its first non-expatriate commodore, Teo Eng Tat, in 1979. Since then, we have seen an increase in participation from the local community in the management of the Club.

In the 1980s, largely through the efforts of Commodore Francis Lee, a new site was found for the Club. This site subsequently became unavailable. However, in the early 1990s, the Club found another site, in the same general area. In 1994, Commodore Kam Chai Heng announced to the members that the Club had been allocated the site, which became 52 West Coast Ferry Road. In 1997, Commodore Tan Kay Toh presided over the groundbreaking ceremony at the new RSYC site. In August 1999, the RSYC moved to its new, modern clubhouse, designed by Edward Wong of Alfred Wong Partnership Pte Ltd.

The Official Opening Ceremony for the new clubhouse was held on 17 June 2000. The Guest of Honor was the Club’s Patron of the time, Mr Ong Teng Cheong, President of the Republic of Singapore from 1993-99.

On the same day, the Club was marked a historic site by the National Heritage Board. In July 2001, RSYC won the prestigious Singapore Institute of Architects’ Architectural Design Award in the Recreational Category.

More information and photos of our past can be found on the National Heritage Board's website. If you have information, articles or historic relics relating to the history of RSYC, email us at info@rsyc.org.sg

Please fill in the details of your banqueting enquiry in the form below and we will contact you as soon as possible. Thank you.
If you require more information, please contact the Banquet Department at 6768 9485 / 9182 8157 or email to banquet@rsyc.org.sg

Please fill this for and we'll get back to you as soon as possible!

Please fill in this and we'll get back to you as soon as possible!

Family membership - Spouse only at S$250

Reciprocal rights to over 100 clubs around the world